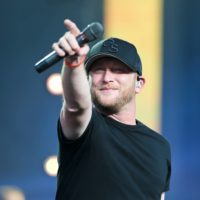 Cole Swindell is celebrating his 10th No. 1 hit with “Single Saturday Night,” which has earned more than 122 million streams since its release.

Swindell shared about the song: “I knew it was something I wanted to record. I was missing the road and the live shows and wanted my fans to have new music from me. Once we put it out, their reaction was so big it pushed us to release it to country radio. I can’t thank country radio, the fans, and my team enough for making this my 10th No. 1 song. Still hard to believe! I can’t wait to see everyone out on the road.”

“Single Saturday Night” is the first single released after Swindell’s previous album All of It, which featured the hit songs “Break Up In The End” and “Love You Too Late.” He is also scheduled to open for Thomas Rhett on his Center Point Road Tour, which launches Aug. 20 in Bangor, Maine.