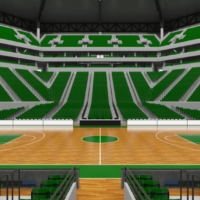 The Boston Celtics announced that their center Al Horford has tested positive for COVID-19. Horford is currently in quarantine, and didn’t travel with the team for its two-game exhibition road trip to Florida, which includes games in Orlando on Wednesday and Miami on Friday.

Horford is the second Celtics player to test positive this month along with Jaylen Brown, who went into quarantine on Oct. 8. First-year coach Ime Udoka also tested positive for the virus prior to the start of training camp.

Horford is in his second stint with the Celtics after being acquired in a trade with the Thunder in June. Horford played three seasons for the Celtics between 2016 and 2019, including an All-Star 2017-18 campaign. He then signed with the Philadelphia 76ers, who traded him to the Oklahoma City last year. Boston reacquired him from the Thunder this summer along with Moses Brown in exchange for Kemba Walker and two draft picks.